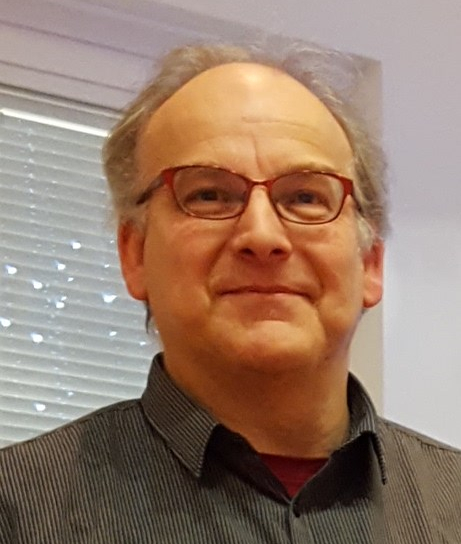 In this blog series we are sharing some of the recent research outputs, projects and activities of our executive board members, beginning with our Director, Jeremy Barham. Jeremy is a Professor of Music at the University of Surrey, (you can read more about his work at Surrey here) and here’s a short introduction to what he’s working on at the moment:

“I am currently editing and writing for the Routledge Companion to Global Film Music in the Early Sound Era. This is a 50-chapter, internationally authored collection that investigates the coming of film sound across the world, outside of North America, and covering Europe, Latin America, Africa, and Asia (including Russia). It unearths vast amounts of little-known film and music repertoire, discusses the local, national and transnational qualities of filmmaking in this era, and lays the foundation for a rebalancing of film music studies away from US-centric discourse. Based on archival research undertaken in Berlin and Wiesbaden, my own contributions address early German sound films from the perspective of diegetic and generic complexities in the usage of music in so-called Tonfilmoperetten, as well as representations of female protagonists in dramas such as Alraune (1930), Zwischen Nacht und Morgen (1931), and Das blaue Licht (1932).”

“I am also working on the monograph Post-Centenary Mahler: Revaluing Musical Meaning. This project addresses prevailing assumptions and significant gaps in understanding by re-theorizing how Mahler’s transgressive, refractory output may have meaning. It rethinks Mahler’s radical dialogues with tradition and with repertoire he conducted, in cross-disciplinary contexts of Austro-German-Bohemian socio-political identities; musico-literary and gendered topics of march and dance; divergent late-idealist and materialist philosophies; contemporaneous dynamic psychological and musical theory; models of narrative, reception and authorship; and aesthetics of melodrama and cinema.”

“A third project involves the translation of scholarly work on Mahler written in Russian, co-edited with Prof Yulia Kreinin of the Hebrew University of Jerusalem. The purpose of this volume is to provide critical, annotated English translations of the work of leading Russian Mahler scholars active between 1932 and 2019, and little known in the West. This substantial body of important scholarly literature on Mahler stretches from the monograph by Ivan Sollertinsky (1932), through the work of the 20th-century’s most prominent Russian Mahlerian Inna Barsowa, to that of later generations of scholars spearheaded by Daniil Petrov. The texts selected for publication address a range of topics, from Mahler’s conducting activities in Russia, his interaction with and influence on Russian composers, and historical and analytical studies of his music and cultural context, in order to fill a substantial gap in the international understanding of the composer.”

“I recently gave visiting lectures on Mahler to postgraduate conducting students at the Royal Academy of Music in London: first on Mahler’s ‘arrangement’ of Beethoven 9, then on Mahler’s relationship with musical modernism, and thirdly on Mahler’s own 9th Symphony. I also recently completed my seventh set of CD notes for BIS records’ complete Mahler cycle with the Minnesota Orchestra conducted by Osmo Vänskä, on the Tenth Symphony. Previous symphonies in the series include 1, 2, 4, 5, 6 and 7.”

“I’m also putting together a journal issue on Mahler and Gender / Sexuality, and invite expressions of interest: j.barham@surrey.ac.uk“